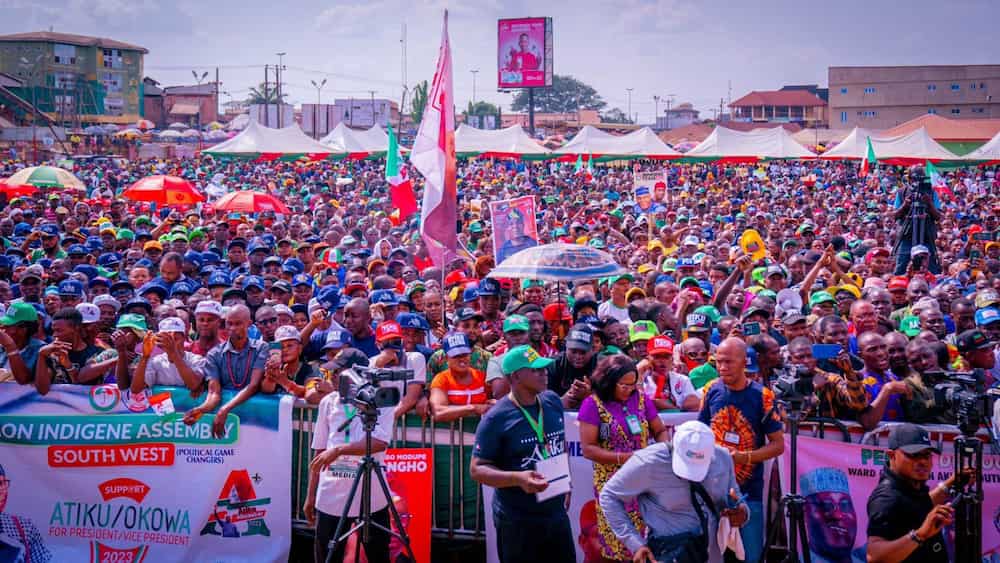 Atiku Abubakar, the presidential candidate of the Peoples Democratic Party, has promised to provide enough funds for education, praying that Nigerians will never witness another APC government beyond 2023.

Atiku, who said the APC brought untold hardship on Nigerians, made this known at the party’s rally in Akure, the Ondo State capital, on Wednesday.

He bemoaned the state of education in the country which he specifically blamed the ruling APC over what he described as their poor education policy.

A cross-section of the crowd at the Atiku Abubakar rally in Akure, Ondo State.

Earlier, Titi Atiku, the wife of Atiku, also addressed the crowd at the venue where she promised Ondo residents that her husband will defeat Boko Haram and provide scholarships to students.

“My people I, your daughter, standing in your presence to tell that my husband has done it before. The last election was won by my husband but we were robbed,”…