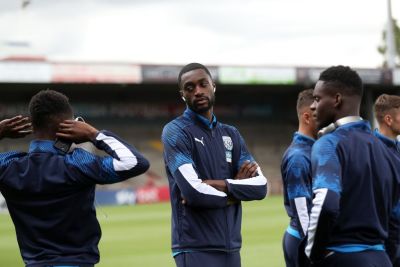 West Bromwich Albion manager Slaven Bilic is pleased with the performance of Nigerian defender Semi Ajayi in the club’s pre-season friendly draw against Bournemouth on Friday at the Hawthorns, Completesports.com reports.

The Baggies created a host of chances which could have seen them beat the Premier League side, but in the end had to settle for a goalless draw after Kieran Gibbs, Jonathan Leko and Darnell Furlong were unable to convert late chances.

It was the first time Ajayi featured in a home game for West Brom at the Hawthorns and Bilic is happy with his overall contribution in the encounter.

“It was a good performance, I would say very good,” Bilic told the club’s official website.

“We deserved to win. We played against a good team, but we were solid in every phase of the game.

“We didn’t drop, we created many chances and the only negativity is that we have to convert these…