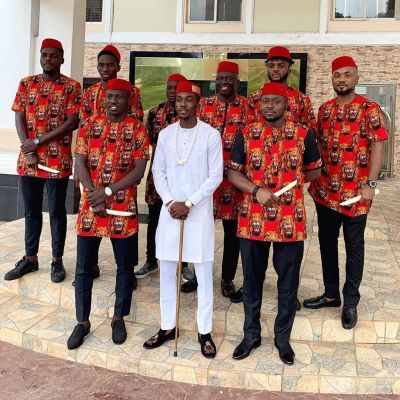 In attendance at the wedding ceremony were some of his international teammates as well as some Super Eagles backroom staff.

The couple are already blessed with a one-year-old son having dated each other several years.

Onyekuru was part of the Super Eagles side that won bronze medal at the recently concluded 2019 Africa Cup of Nations in Egypt.

He spent last season on loan at Turkish side Galatasaray from English Premier League outfit, Everton, and won the league and Cup titles with Fathi Terim’s men.