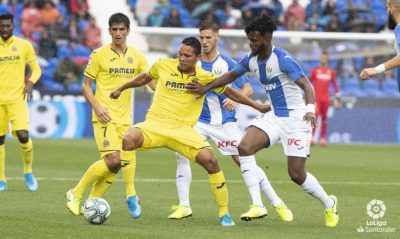 Chidozie Awaziem made his debut for Leganes who lost 3-0 at home to Samuel Chukwueze’s Villarreal in their LaLiga clash on Saturday, Completesports.com reports. Awaziem’s Nigeria teammate,Kenneth Omeruo,was however not listed in the Leganes’ matchday squad. Super Eagles youngster, Samuel Chukwueze was benched for the entire duration of the game after previously featured in Villarreal’s […]

Zidane Ready To Step Down As Real Madrid Boss

Arteta: I Am The Right Man For Arsenal