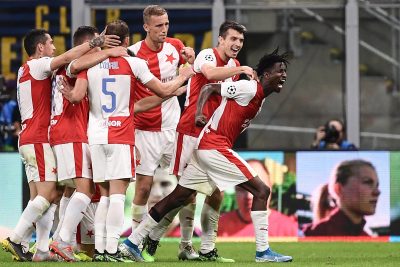 Nigeria forward Peter Olayinka says it’s really amazing to score his first goal in the UEFA Champions League after hitting the back of the net for Slavia Prague in Tuesday’s  1-1 away draw against Inter Milan,  reports Completesport.com. Olayinka put Slavia Prague ahead in the 63rd minute, while Nicolo Barella equalised for Inter Milan late […]

The post Olayinka: It’s Amazing To Score On My Champions League Debut For Slavia Prague appeared first on Complete Sports.