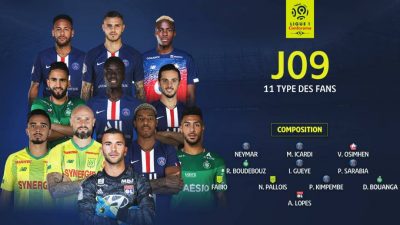 Nigeria forward Victor Osimhen has been named in French Ligue 1 team of the week, reports Completesports.com. Osimhen scored Lille’s second goal in their 2-2 home draw against Nimes last Sunday. The 20-year-old has scored seven goals in nine league appearances for his club this season. The former  VFL Wolfsburg of Germany striker is also […]

The post Osimhen Named In French  Ligue 1 Team Of The Week  appeared first on Complete Sports.

I Have Mental Strength Going For Me Lately Representing Africa