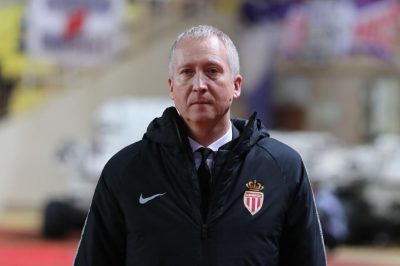 Monaco president, Vadim Vasilyev has revealed that Kylian Mbappe would one day play for Real Madrid.

The French striker left Monaco and signed for Paris Saint-Germain in 2017 for a record fee of £166million and according to Vasilyev, he told him that he was not ready to play for Real Madrid yet as he wanted to build a reputation in France first.

The Spanish giants have consistently indicated strong interest in signing the forward in the over the years.

‘”I have only played for a year in my country, I’m Parisian, I don’t want to leave my country like that.

‘”I want to become a great player here. Real Madrid will wait, that’s that I think”.’

According to Vasilyev, Mbappe has not changed despite the success he has attained at a young age as he revealed they still have a…

Osimhen Gets Highest Rating In Napoli’s Win At Spezia