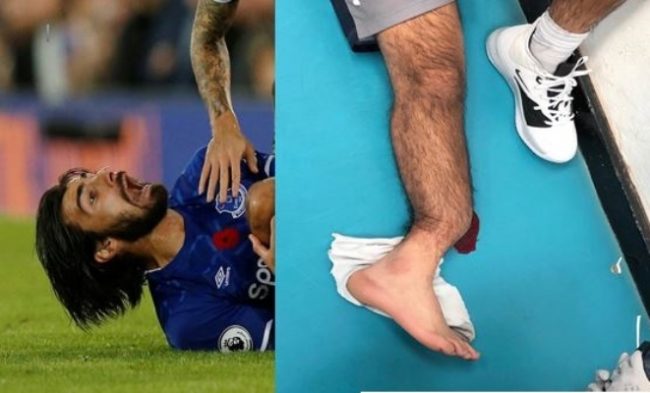 Everton midfielder, Andre Gomes has suffered a serious injury in their match against Tottenham which ended 1-1 at Goodison Park.

Spurs’ Son Heung-min, was given a red tackle for the challenge on Gomes in the 79th minute. The player broke into tears while walking into the tunnel after seeing the degree of injury sustained by the midfielder.

The image of Son Heung-Min, utterly distraught at the sight of Andre Gomes as the Everton midfielder received urgent treatment on the pitch in the 78th minute and the mood of players from both teams will be the defining one for anyone who watched.

Everton manager Marco Silva said he was waiting to hear the severity of the injury from the medics after he was taken out in a stretcher.

“He’s gone to hospital,” Silva said. “Our medical staff are in control. “

Everton went ahead to equalize seven minutes into the 12 added at the end of the second half, home substitute Cenk Tosun flung himself at Lucas Digne’s volleyed cross…