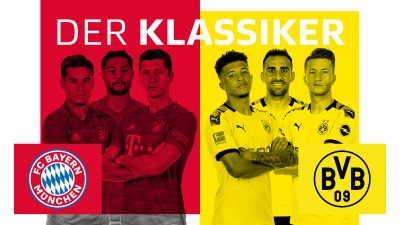 Borussia Dortmund head to Munich for Der Klassiker in second position in the German Bundesliga table – two places and a single point better off than Bayern – seeking to end a run of five consecutive defeats at the Allianz Arena, and succeed in doing what no other team has done this season: muzzle Robert Lewandowski.

The outrageously prolific Pole has netted 14 goals in 10 league appearances, scoring in a record 10 successive matches. But if anyone can halt Lewandowski in this Der Klassiker, it’s Mats Hummels, who has played with or against the Bayern man over the last seven seasons. Now back at Dortmund after a silverware-stacked three years at Bayern, the 70-time Germany international missed his club’s 2-0 DFL Supercup win in August that gives Lucien Favre’s men a psychological edge.

It’s Favre’s former club, the other Borussia – Mönchengladbach – who lead the Bundesliga table, three points clear after a sizzling start under Marco Rose. Their…

Iwobi Fit To Feature For Everton Against Southampton –Ancelotti