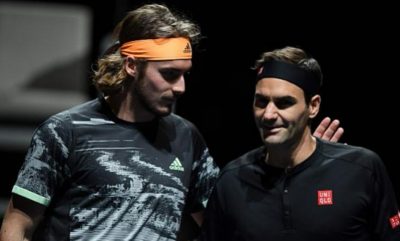 Greece’s Stefanos Tsitsipas says his next target is to win any of the grand slams after emerging as the champion at the ATP Finals in London on Sunday.

“For sure Wimbledon is the tournament that has a lot of tradition. I think most of the players if you ask would want to win Wimbledon, but for me any grand slam would be great,” Tsitsipas who was reached the semifinals of the 2019Australian Open said during a press conference in London.

“I feel like my game is getting better over time. I believe I’m really close on being crowned a grand slam champion. I know these are strong words that I say but I do feel like I belong to be there.