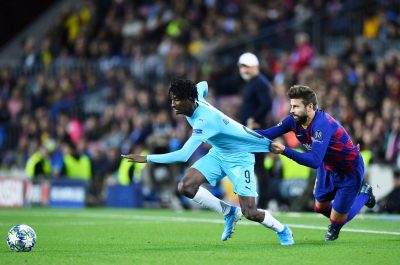 Nigeria forward Peter Olayinka is extremely proud to have rubbed shoulders with some of football finest stars in the UEFA Champions League despite a troubled start to his career in Europe.

Olayinka started his career at amateur club Baba Boss in Oyo State, South West Nigeria before linking up with Albanian club Bykis Ballsh as a 17-year-old in 2012.

He also struggled to find his feet with clubs in Northern Cyprus and Belgium before finally getting a breakthrough at Czech Republic outfit, Slavia Prague.

The 24-year-old hugged the headlines after scoring on his Champions League debut in Slavia Prague’s 1-1 away draw at Inter Milan.

Liverpool Stretch Lead At The Top With Win vs Manchester United