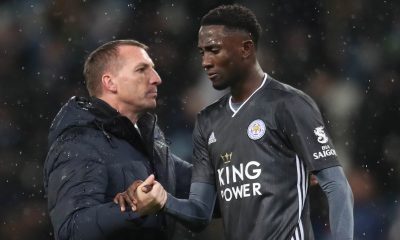 Super Eagles midfield strongman, Wilfred Ndidi has emerged as the 10th Most Valuable Defensive Midfielder in the world, Completesports.com reports.

The Leicester City of England star’s market value has risen considerably of late and he is currently worth €45m according to the latest Transfer Market report.

The duo of Manchester City’s Rodri and Bayern Munich’s Joshua Kimmich lead the chart with the market value of €80m each.

Liverpool’s Fabinho and Real Madrid’s Casemiro sit in the 3rd and 4th positions with a market value of 70m Euros each while Chelsea’s Jorginho occupies the 5th spot.

Ndidi however, has the duo of Borussia Monchengladbach’s Denis Zakaria and…

Spurs Dump Chelsea Out Of Carabao Cup, Advance Into Quarter-final

Ogunseye Scores In Serie B Debut, Targets Title With Cittadella