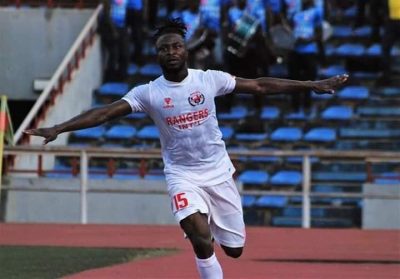 Enugu Rangers player Ifeanyi George passed away on Sunday morning after he was involved in an auto crash, Completesports.com reports.

George’s death was confirmed by Rangers on their Twitter handle.

“We lost Ifeanyi George this morning. He club will soon come up with a statement soon.”

According reports on social media the car, George and two other persons (a friend of George and a young player from Rangers B Team) were travelling in, ran into a parked trailer.

It was gathered that the 26-year-old was heading to Lagos from Enugu, following the suspension of the Nigerian Professional Football League due to the coronavirus pandemic.

He joined Rangers from Enyimba in 2016 and made his Super Eagles debut in 2017.

Nwakaeme Bags 15th Goal Of The Season As Trabzonspor Lose