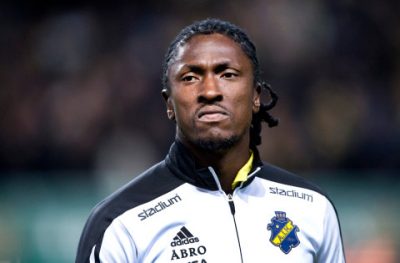 Former Super Eagles midfielder Dickson Etuhu has been banned from all football in Sweden for five years after his involvement in a match-fixing scandal, Completesports.com reports.

Etuhu, 37, was accused of offering a bribe to his former AIK Stockholm team-mate and reserve goalkeeper Kenny Stamatopoulos to fix a game against Gothenburg in May 2017.

Stamatopoulos was understood to have been offered around £180,000 to under-perform after an injury to the club’s No1 and flagged the approach, meaning the match was postponed.

Etuhu denied involvement but after a lengthy investigation, he was found guilty in November 2019.

And the Swedish FA came down hard by slapping him with the five-year ban but he avoided a prison sentence.

It means Etuhu will not be allowed to play any part in football in Sweden until April 13, 2025.

Ex-striker Alban Jusufi, who retired in 2013, has also been banned.

A statement from the…

Spurs Dump Chelsea Out Of Carabao Cup, Advance Into Quarter-final

Ogunseye Scores In Serie B Debut, Targets Title With Cittadella