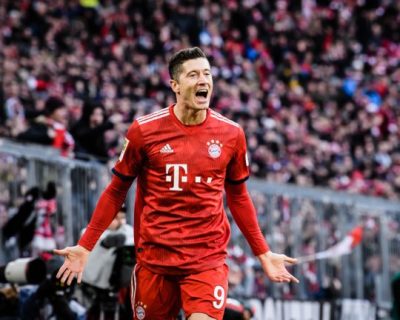 FC Bayern Munich striker Robert Lewandowski says he is “very proud” to have been named as the official Bundesliga Player of the Season for 2019/20, and believes his desire to “always be better” is what drives him to ever greater heights.

“I have to say that I’m very happy, this award means a lot to me and I’m very proud of this title because the expectations on me are always very high,” Lewandowski told Bundesliga legend Lothar Matthaus.

“I’ve been playing in the Bundesliga for 10 years and everyone is accustomed to me always scoring goals and playing well, but I know that I always have to show something new or sometimes maybe…