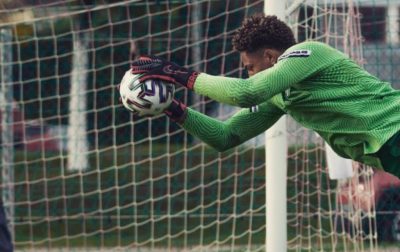 Super Eagles manager, Gernot Rohr could grapple with a goalkeeper selection headache in the double-header 2021 Africa Cup of Nations qualifying games against Sierra Leone in Novembeer.

Nigeria will resume competitive football at the Samuel Ogbemudia Stadium in Benin against Sierra Leone on November 13 and meet their West African neighbours in a reverse fixture four days later.

Rohr is spoilt for choice in the goalkeeping department with Maduka Okoye, Daniel Akpeyi and Sebastian Ogenna Osigwe in the main list while Francis Uzoho and lkechukwu Ezenwa are both on stand-by.

Cpmplete Sports reporter, OLUYEMI OGUNSEYIN, profiles the goalkeepers that Rohr will choose from in the upcoming clashes with Sierra Leone.

Maduka Okoye recently impressed in the Super Eagles friendly ties against Algeria and Tunisia and the German-born Nigerian goalkeeper made his competitive debut for Sparta Rotterdam on Wednesday.

Okoye was in goal for…

Leicester Must Fight Hard To Beat ‘Strong Side’ Man United –

Osimhen, Tomori Make Serie A Team Of The Week