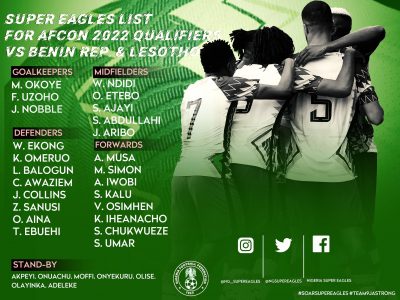 Nigeria, top of the Group E log with eight points (one ahead of Benin Republic and five more than third-placed Sierra Leone), tackle the Squirrels away at the Stade Charles de Gaulle in Porto Novo on Saturday, 27th March and will lock horns with the Crocodiles of Lesotho at the Teslim Balogun Stadium, Lagos three days later. Both are the concluding games of the qualifying series.