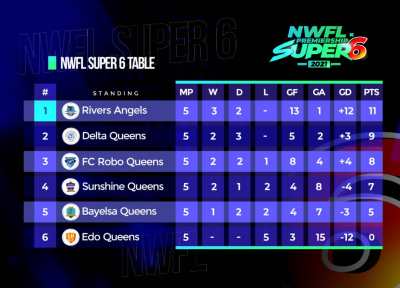 Rivers Angels Football Club has been applauded by Governor of Rivers State, Nyesom Ezenwo Wike for winning the 2021 Nigeria Women Football League (NWFL) Premiership title, and charges them to step up and win the CAF Women’s Champions League.

The governor said it is gratifying to see Rivers Angels defeat Sunshine Queens 4-0 in their final game to emerge the winner of the 2021 NWFL Premiership Super Six.

“The Government and people of Rivers State congratulate Rivers Angels for emerging as worthy winners of the 2021 NWFL Premiership Super Six. We applaud your spirited…

Nwakaeme: I Smile At Racists To Keep Them Quiet