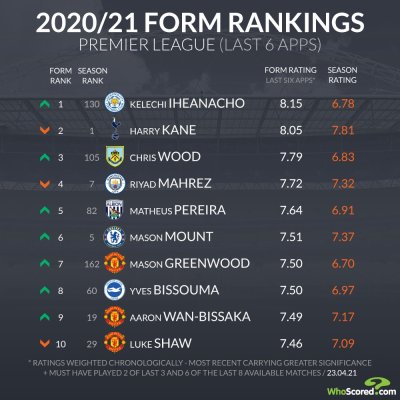 Kelechi Iheanacho has replaced Harry Kane as the most resurgent player so far in the Premier League.

This is according to football facts and statistics website whoscored.com.

Iheanacho bagged an assist as Leicester held 10-man Southampton to a 1-1 draw at St. Mary, in Friday’s Premier League clash.

It was his sixth assist of the season in all competitions for the Foxes.

Also, he was involved in Southampton’s goal as he handled the ball inside the box which saw the home team awarded a penalty and was scored by James Ward-Prowse.

He has scored 17 goals in 37 appearances in every competition in the current campaign.

‘How Anambra State Sports Have Been Resuscitated ‘  –Chief Tony Oli