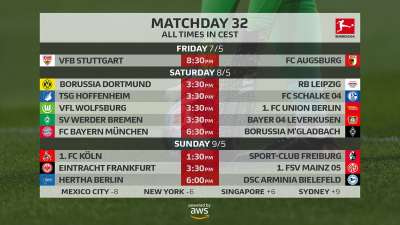 With just three games left this Bundesliga season, Schalke are the only team with their position confirmed, having already been relegated. As such, there is still much to play for in the final matchdays, with the battle for European football next season still being hotly contested.

That unprecedented success could already be secured by the time that the defending champions take to the field against the Foals on Saturday evening, with RB Leipzig needing nothing short of three points against Borussia Dortmund earlier in the day to keep the title race alive.

A seven-point gap separates the top two with three games to play, but a defeat in their trip to the Signal Iduna Park will put the title beyond RB…