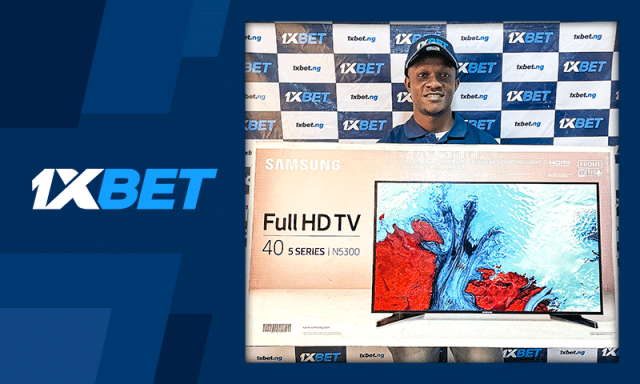 The Prize Hunt promotion started on 1xBet in March and had its second and final draw on the 13th of June. During the months it was active, this promo awarded many rewards to players that took part in it. That was the case for three lucky Nigerian 1xBet customers that won in the final Prize Hunt draw.

One player walked away with a brand-new Samsung TV, while two other participants won a Samsung A71 smartphone each. The list of rewards continues with no less than six 1xBet customers that received bonus points. With nine winners in total, there were plenty of reasons to celebrate, take pictures, and enjoy the event.

Ubong Effiong Okon, the Full HD Samsung 5 Series TV winner, lives in Itu and was a 1xBet member for a short while before taking part in the Prize Hunt promo. He placed several bets for the promotion, winning some of them. Even though he didn’t win in the first draw of the promotion, he kept trying and ended up winning the Samsung TV.

When 1xBet called to announce the…