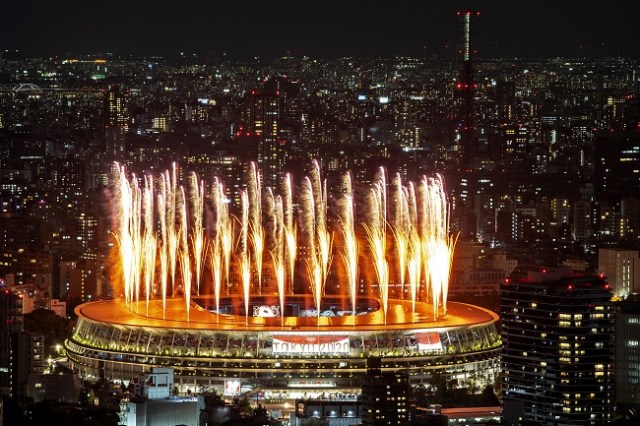 After a year of delay due to the Covid-19 pandemic, the 2020 Tokyo Olympic Games kicked off with a rather ‘low key’ ceremony on Friday without fans.

Japan’s Emperor Naruhito officially declared the Games opened as participating countries all over the world marched with their flags raised to the atmosphere in great excitement.

Members of the Nigerian contingents to the Games, popularly referred to as Team Nigeria, was led by Long Jump star, Ese Brume as he cheerfully waved the green and white flag of Nigeria.

Team Nigeria will be competing in its 17th Olympics and has a total of 60 athletes taking part in 10 sports.

However, the ceremony began by highlighting a year spent training in partial or complete isolation, featuring performers running on treadmills and riding stationary bikes in the middle of the vast Japan National Stadium.

After the performance and playing of the Japanese national anthem, a moment of silence was held for victims of the pandemic and of the…