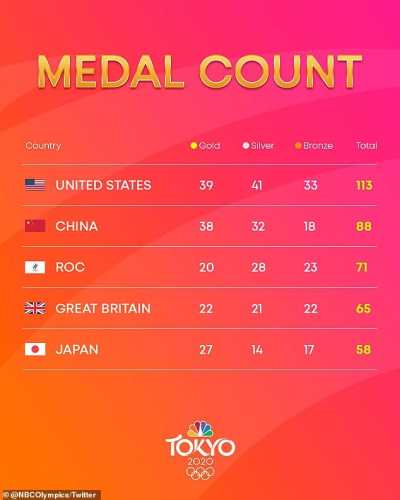 Chinese state media has declared the country the winners of the 2020 Tokyo Olympics after embellishing their medal count to claim more golds than Team USA, according to pictures posted online, Daily Mail reports.

But a week after the end of the Olympics, images posted on Weibo, a Chinese social media platform, and China Central Television have circulated which show an altered medal count – with China also claiming medals won by Hong Kong and Taiwan.

Why Pogba Must Not Leave Man United -McManaman