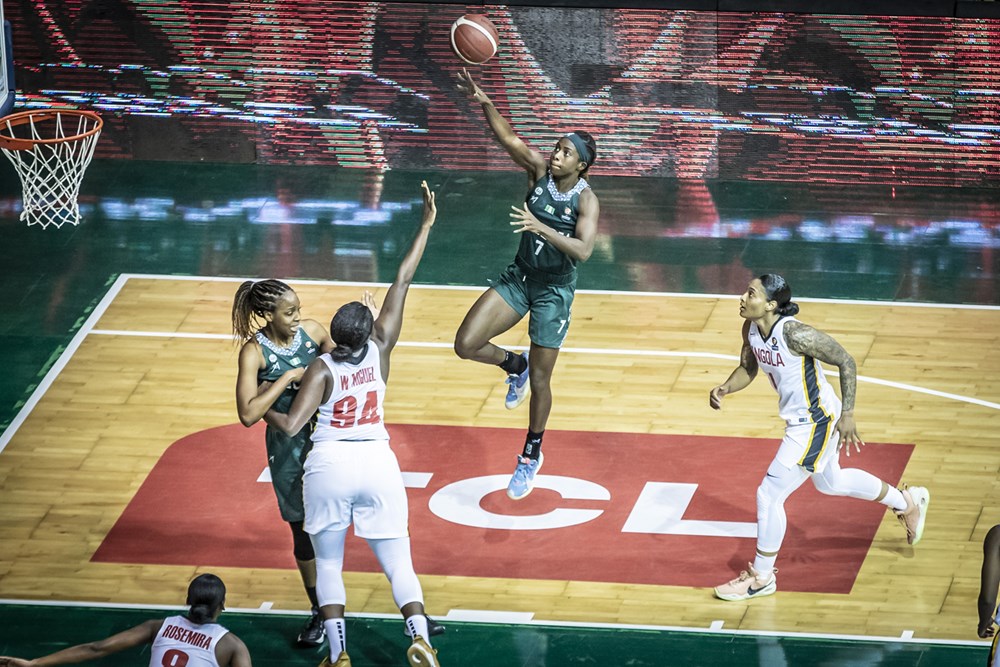 Nigeria’s D’Tigress recorded their second win  at the ongoing AfroBasket Women’s championship in Yaounde, easily defeating Angola 85 – 65 to book their passage into the quarterfinals on Monday night.

In a game that looked like it would be a banana peel for the defending champions, Nigeria made light work of the match, blowing out their opponents by 20pts.

Having beaten Mozambique 67-50 in their first group B match, D’Tigress worked hard to avoid the early jitters from that match where they trailed going into half, rather they got their noses in front against Angola, putting up a high scoring first quarter (31-18) to show their intent.

Five players finished on double digits for Nigeria, sharing the scoring burden across the team in an impressive team performance.

For Nigeria, Ezinne Kalu led with a team high 12 points and three assits, but it was the contributions from the likes of Oderah Chidom and Ify…