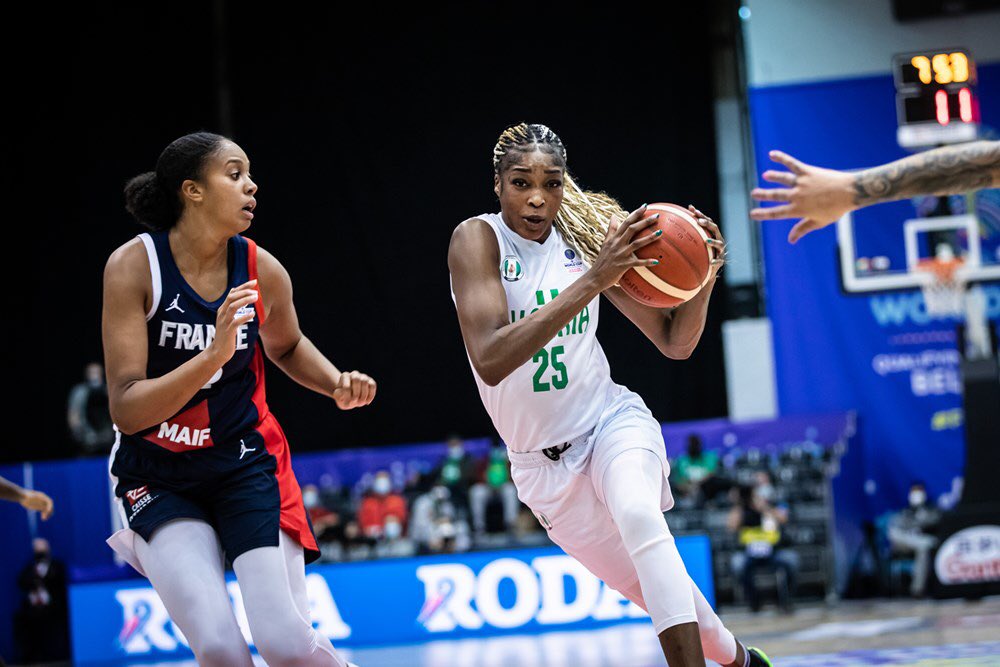 D’Tigress will battle Mali for the last ticket to qualify for this year’s FIFA Women’s World Cup in Sydney, Australia.

The Nigeria women’s team claimed a famous first ever win against France with a hard fought 67-65 comeback success.

Down by 20 points after the opening exchanges (11-31), D’Tigress gradually reeled France back in, helped by an amazing half-court buzzer-beater at the end of the third period by Promise Amukamara.

D’Tigress then took the lead midway through the last quarter to set up a dramatic conclusion. And, in what proved to be a compelling roller-coaster finish, both nations could have taken victory, but it was D’Tigress who got it done.

They were mainly inspired by Victoria Macaulay, who showed out with 19 points, 5 steals, 4 rebounds and 4 assists, while France were punished by a massive 25 turnovers.

Despite the defeat France is now qualified because of their positive point average (+9) in case of a tie with Nigeria and Mali.

One last ticket for…