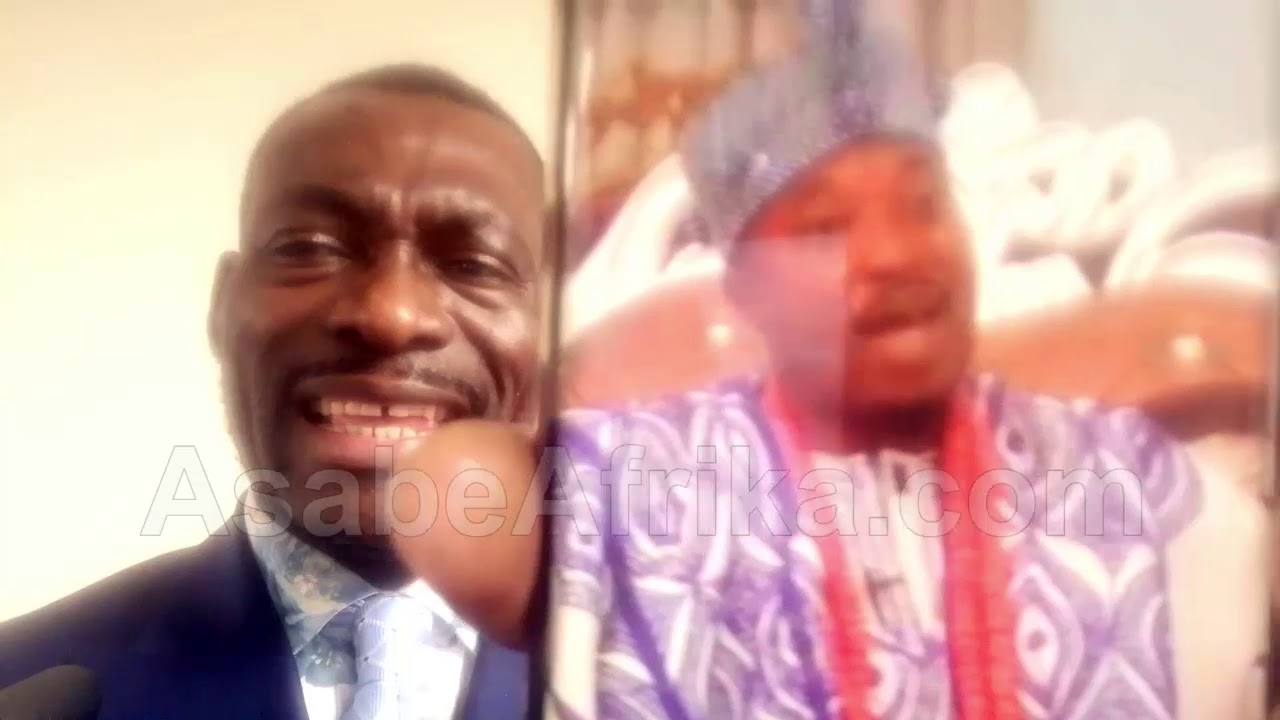 Barely 24 hours after the controversial Oba Abdulrasheed Adewale Akanbi, the Oluwo of Iwo land in Osun State (South West Nigeria) made the sacking of his Jamaican born wife, Queen Chanel Akanbi public, a new face, a London based Nigerian businessman who claimed to be the real Prince Adewale Akanbi has come out to lay claim to the stool.

In an exclusive video interview obtained by Asabe Afrika TV, the new claimant who gave quite an interesting story of his affiliation to royalty accused the present Oluwo, Abdulrasheed Adewale Akanbi of impersonation.

This new claimant alleged that although a web of controversy led to his mysterious birth and escape from Iwo and later from Nigeria years back but his name and identity was later stolen and given to a stranger who became the king of the land.

He called the attention of the Yoruba nation and indigent Iwo sons and daughters worldwide to the several controversies and life of danger, hate and mischief lived by the present occupier of the throne. He said under his new anointing and after surviving several spiritual battles, he is ready to take back what rightfully belongs to him.