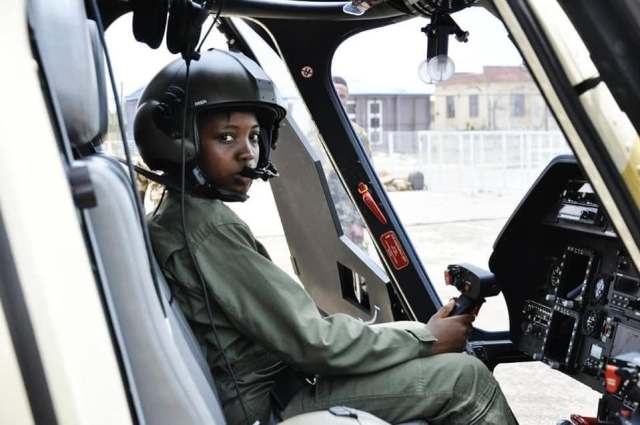 Mrs Damilola Adegboye, the immediate elder sister of the late first female helicopter Combat Pilot in the country, Flying Officer Tolulope Arotile, said the family has still not come to terms that she was killed by a reversing classmate.

While calling for a thorough investigation of the death of her sister, Mrs Damilola Adegboye said the version of the Nigeria Air Force, NAF, does not sound convincing enough. Adegboye in an interview with our correspondent, yesterday, said that the family is devastated by the untimely death wondering how an ordinary reversing could kill a person just like that. “We in the family are not convinced that Tolu can just die like that in a freak accident. I know that the military is well trained in the art of investigation, we want them to carry out a thorough investigation that can convince us beyond all doubts that the incident that led to her death was real.”

She said on the day of the incident, Tolu and herself were in the room where she was sleeping, “A call came into her phone which she picked, but from the way they spoke I knew that the caller must be a senior officer calling her to come to Airforce base. She felt reluctant and I offered to drop her off.

“One hour later, I saw the story online that something serious has happened to her. I couldn’t believe that somebody I just dropped off is dead.” Meanwhile, the Kogi State House of Assembly has called on the state government to immortalize her. The call was contained in an Oral Motion moved by the member representing Ijumu Constituency, Kilani Olumo at Plenary. Kilani Olumo said the deceased pilot has contributed her quota to the ongoing fight against insecurity in the country. He noted that her death is painful and a great loss to the State, pointing out that immortalizing her is a reward for hard work and dedication to the protection of the Nation’s territorial integrity.