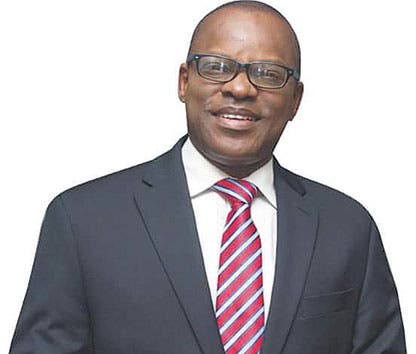 THE candidate of the Peoples Democratic Party in the 2016 governorship election Eyitayo Jegede SAN has said that the defected deputy governor, Hon Agboola Ajayi is not a threat to him winning the party’s ticket on Wednesday. Jegede said in Akure that he is not perturbed by the defection of Ajayi to the party.

He spoke as a guest on a personality program organised by the Correspondent Chapel of the Ondo state Nigeria Union of Journalists (NUJ). According to him ” the interest of Ajayi in the governorship race does not affect him by any means. ” l contested against his boss, Mr Rotimi Akeredolu in 2016 and I came second. “I and his boss are those who contested in 2016. If Akeredolu was not a threat to me in 2016, his deputy cannot be a threat to me or my ambition in 2020,” The governorship aspirant said that he has the control of the party loyalists in all the 18 Local Government areas of the state, having contested on the platform of the party in 2016. ” So the deputy governor who recently joined our party a few weeks ago cannot pose any challenge to me or my ambition. Jegede noted that his credentials are intimidating and good enough to speak for him. The aspirant who was the state Commissioner for Justice and Attorney General during the administration of immediate past governor Olusegun Mimiko was optimistic that the PDP will win the governorship election fixed for October 10 this year.