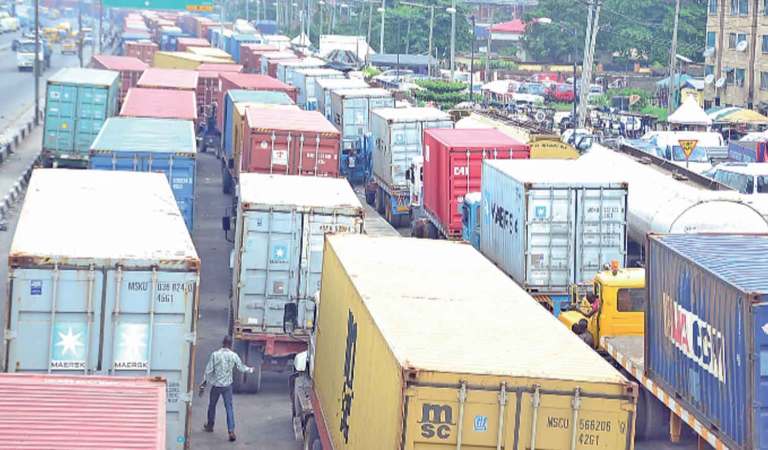 Kayode Opeifa, the Executive Vice Chairman, Presidential Task Team(PTT) on Restoration of Law and Order in Apapa, has debunked a media report that there is traffic congestion in Apapa axis.

Opeifa, in a statement on Monday, described the entire report as unfounded and misleading. He said that the report lacked objectivity and did not reflect the true situation in Apapa. The executive chairman said that the authors of the report failed to visit Apapa to observe the flow of vehicles in the axis as confirmed by stakeholders, including those who live in area. Reacting to the report entitled, “Vehicles spend months in queue as Apapa congestion persists,” Opeifa said it was disheartening that the writer failed to do due diligence. He said the writer failed to investigate the true happenings from the concerned stakeholders before the publication of the report. Opeifa challenged the writer of the report to show where there was congestion of trucks in Apapa and the queues for months before accessing the port as reported.

According to him, even the picture used to illustrate the story did not show any form of congestion. Opeifa said that views of the various stakeholders whose businesses had been positively impacted on by the restoration of law and order in Apapa axis were not captured in the report. He also said that elated property owners who had abandoned their property before the presidency’s intervention were also curiously left out in the report. The executive vice chairman also faulted the report for failing to explain the role of ongoing construction initiative in the movement into Apapa through the Tin Can end. Opeifa said that contrary to the misinformation in the publication, more stakeholders were commending Vice President Yemi Osinbajo-led presidential taskforce for the restoration of sanity in the axis. He said that instead of misinforming the public, what Nigeria needed was for everyone to partner with the President Muhammadu Buhari-led adminstration to fight corruption. “Manufacturers like Dangote, Flour mills, BUA, Honeywell and Standard flours are stakeholders whose views were not heard in the false report. “The Nigerian public deserves fair reporting and support from this media outfit not vilification and unfair headline which have always aggravated the situation rather than the desired intent of the article,” he said. According to him, PTT is available for genuine engagement as it does not control cargo inspection and clearance among others. It, however, said the taskforce would continue to provide road access to all stakeholders around the Port Logistics Corridor. (NAN)

Group tells Obaseki – Leave Captain Hosa out of your shenanigans,