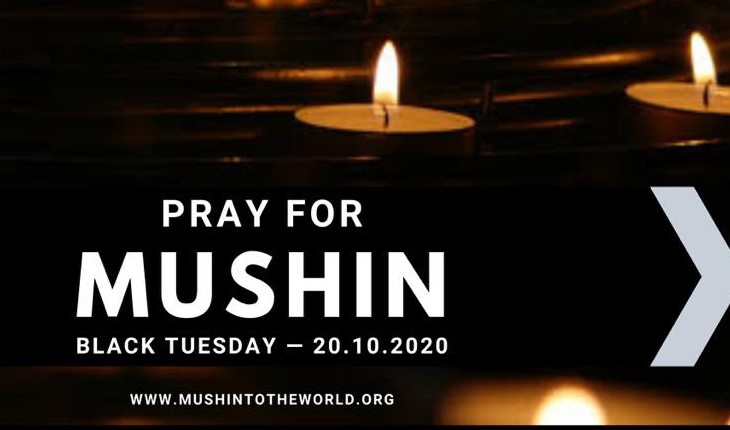 Mushintotheworld Foundation, an NGO whose mission is to rebrand, sensitize, and educate the people of the mushin Community has cried out over underreported cases of the unlawful shooting of peaceful protesters, destructions of lives and properties in the mushin community.

In a press release signed by the Co-Founder of the organization, Babatunde Enitan, describe a gory tale of how a team of Policemen led by non-other than the DPO of Olosan Police Station aka ‘Gbakoje’ attacked peaceful protesters and took it upon himself to disperse the peaceful protesters under the guise of enforcing the curfew at 1pm. Read the full release below;

The past few days have been challenging for all of us as residents and stakeholders of Mushin and the Nigerian project as a whole. The brave and courageous youths of Mushin joined their compatriots all over Nigeria to stand up against the ills of police brutality and every form of injustice plaguing our dear nation.

This stand which commenced as a peaceful protest all across the nation signposted our resolve to speak with one voice knowing fully well that it is only in unity of mind and purpose that a saner and just society can be achieved.

As a group that represents the best that Mushin has to showcase to the World and intent on changing the narrative about the residents of Mushin, we were taken aback at the apparent absence of a mention of the atrocities that were unleashed upon the peaceful protesters in Mushin. At around 1pm on October 20th, 2020, a team of Policemen led by non-other than the DPO of Olosan Police Station aka ‘Gbakoje’ (a nickname he acquired due to his penchant for extrajudicial, unlawful brutality of residents), attacked peaceful protesters and took it upon himself to disperse the peaceful protesters under the guise of enforcing the curfew at 1pm, although the curfew was to commence initially at 4pm but was later extended to 9pm (by the Governor of Lagos State, His Excellency, Mr. Babajide Olusola Sanwo-Olu). This act of violence led to loss of lives and properties in Mushin, hours before the unfortunate incident at the Lekki Toll Gate.

We are pained that our people in Mushin whose lives have been lost and whose properties have been destroyed have not been dignified with a mention by any of the authorities as if they do not matter. Mushin lives do matter and we seek to draw the attention of the authorities to the fact that as at the time of this statement, the following represents the verifiable facts on ground in the Mushin environ;

–  Lagos University Teaching Hospital – 23 casualties (5 confirmed dead), one seriously injured, 4 people at the theatre while others are being managed at the Accident and Emergency section.

–  Aishat Hospital – 1 casualty (bullet). The bullet penetrated his lungs and he’s been managed because they do not want to lose him.

– Mushin General Hospital, Oluyide – 43 casualties. 8 deaths, 5 taken by their families, 3 are battling for their lives others seriously injured.

– Igbobi Hospital – As at the time we got to the hospital, we couldn’t ascertain the numbers there as more casualties were being brought in from Somolu, Bariga and Mushin. Based on our findings, we have over 67 casualties and about 15 deaths in Mushin alone.

We call on the authorities to rise up to the occasion and do the needful in ensuring that adequate and appropriate solutions are deployed to the Mushin environ to help stem the tide of carnage from the Police.