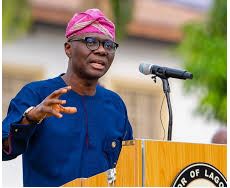 To reinforce the measures instituted to contain the community spread of COVID-19, the Lagos State government has begun an extensive public enlightenment campaign that would cover all the 20 local governments and 37 LCDAs.

Speaking on the commencement of the campaign, the commissioner for Information and Strategy, Mr. Gbenga Omotoso, said the exercise was initiated after the discovery that members of the public did not comply with the directives issued by Governor Sanwo-Olu as the lockdown was eased in Lagos.

Omotoso said: “It was disappointing that residents threw caution to the winds immediately Mr. Governor announced the partial lifting of the lockdown imposed by the federal government. People stormed banks without exercising caution despite the ravaging effects of the pandemic. The enhanced public enlightenment campaign, which will involve LED and mobile billboards, is expected to strengthen the advocacy on physical distancing and other preventive…

Gov. Mala-Buni Approves N454.2m For LG Retirees, Next Of Kin

Volleyball: Nigeria Ready To Host U-18 Girl, U-19 Boy Africans