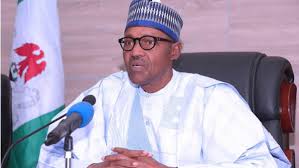 On February 19, 2019, President Buhari, with 15.2million votes, defeated his close challenger, Atiku Abubakar, of the Peoples Democratic Party (PDP) who polled 11.3million to win his re-election. Atiku challenged Buhari’s victory up to the Supreme Court, praying the judiciary to upturn the victory in his favour. But in October last year, the apex court unanimously dismissed Atiku’s appeal, describing it as lacking in merit. With this pronouncement by the highest court in the land, the coast became clear for Buhari to advance his policies for the next four years to a logical conclusion.

In his first term, the president hinged his campaign on the tripod of fighting insecurity, reviving the nation’s economy and fighting corruption. In his bid for a second term last year, President Buhari tagged his campaign mantra “Next Level”, with a promise to take 100million Nigerians out of poverty as well as steer the country to a next level of development.

Unlike his first term when it…