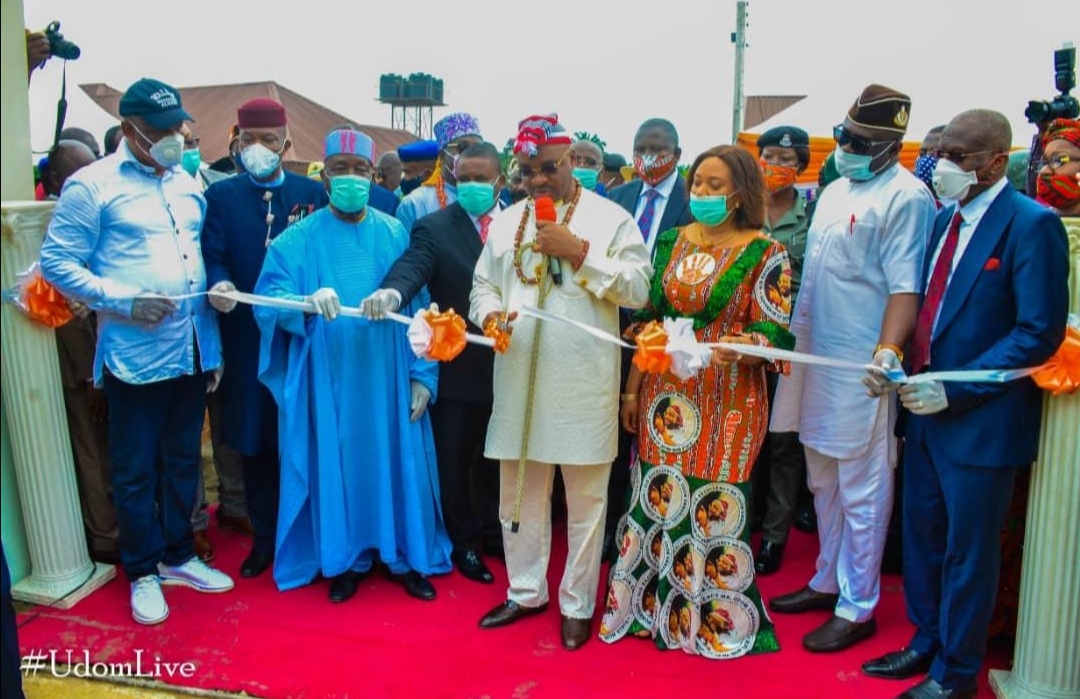 …reassures A’Ibom of better days ahead

As part of events to commemorate his fifth anniversary in office, Governor Udom Emmanuel has commissioned the 300- capacity Isolation Center in Ituk Mbang, Uruan Local Government Area while reassuring citizens of Akwa Ibom state of better days ahead despite the gloomy picture painted by the Covid-19 pandemic.

Governor Udom Emmanuel and wife, Martha, accompanied by Deputy Governor, Mr. Moses Ekpo Speaker of Akwa Ibom State House of Assembly, Rt. Hon. Aniekan Bassey and other dignitaries were led on a tour of the ultramodern facility by the Commissioner for Works, Mr. Ephraim Inyangeyen after cutting a tape to inaugurate the center.

In his remarks, the governor recalled that exactly one year ago, the people of Akwa Ibom turnout massively to vote his administration into office for a second term, trumphing over naysayers and tremendous opposition, adding that the facility is a benefitting structure that will tell the story of Akwa Ibom victory…