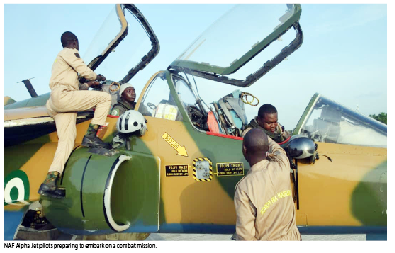 The Nigerian Air Force (NAF) intensified airstrike against bandits and other criminal elements across the country, has continued to yield results with the destruction of bandits, terrorist hideouts as well as their logistic bases, TARKAA DAVID reports.

As part of efforts to purge the nation of all forms of criminality, the nation’s Armed Forces recently launched an onslaught against terrorists in the Northeast and armed bandits in the Nortwest as well as other criminal elements across the country with air bombardments and surveillance. These efforts according to security experts have raised worries about a spillover of bandits to other states following the successes recorded so far in the states.

The military authority being aware of worries from some quarters in the Northwest and Northcentral parts of the country, has stepped up efforts to surveillance in line with international best practices to avert such occurrences.

These measures include constant aerial surveillance and…