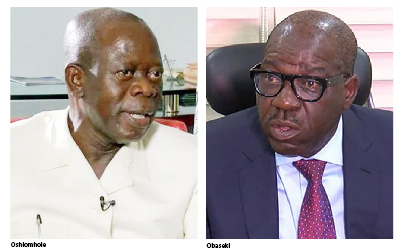 The All Progressives Congress (APC) has stated that it will scrutinize the original certificates submitted by the gubernatorial hopefuls ahead of the Edo governorship election.

LEADERSHIP reports that Governor Godwin Obaseki, a former chief of staff and secretary to the Edo state government, Osagie Ize-Iyamu, former Minister for Works, Chris Ogiemwonyi,  former deputy governor, Pius Odubu; Matthew Iduoriyekemwe and Osaro Obaze, as the aspirants who have indicated interest in the process.

Six aspirants have so far submitted the party’s expression of interest and nomination forms sold for N22.5 million each.

In a statement issued by the party’s national publicity secretary, Mallam Lanre Issa-Onilu, on Friday stated that therecent experiences of the party, necessitated the current move to avoid any lapse in the process.

The party added that it seeks to ensure “due diligence and transparency in the screening exercise and learning from our recent shocking experiences, we are…