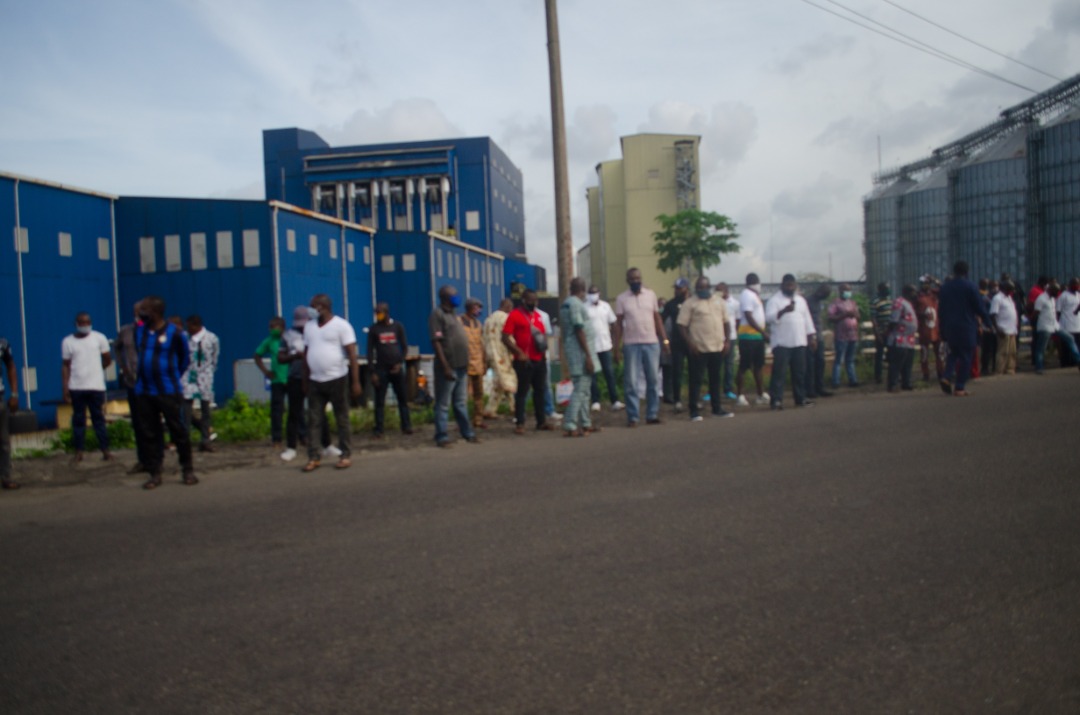 Dockworkers at the Rivers ports have commended President Muhammadu Buhari for his commitment to due process, which has led to reopening the BUA Terminals shut down last year by the Nigerian Ports Authority in a move challenged by BUA at the time, and decried by maritime stakeholders.

The workers in their numbers took to the docks of Port Harcourt to thank key stakeholders for their timely intervention in the crisis between the BUA Ports and Terminals and the Nigeria Port Authority (NPA), which rendered business activities at the terminal B void.
Addressing the dockworkers at the rally, Comrade Waite Harry – a National Trustee of the dockworkers’ branch of the Maritime Workers Union of Nigeria praised the President for his commitment to due process, which ultimately led to the withdrawal of the notice of termination issued to BUA Ports & Terminals, in line with the concession agreement.

Napoli Clear Osimhen, Others Of COVID-19

What Nigeria Must Do Now, Gen. Gowon Reveals In ‘Big Book’