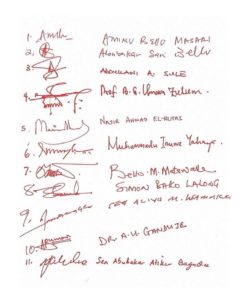 The Jigawa State governor and presidential aspirant of the All Progressives Congress (APC), Abubakar Badaru, has withdrawn from the race for the party’s presidential ticket.

This is even as 10 northern governors elected on the platform of the APC advised President Muhammadu Buhari to look at the direction of the South in picking the party’s presidential candidate for the 2023 elections.

The APC governors confirmed their colleague’s (Badaru) withdrawal from the presidential race on Saturday night in a statement jointly signed by all of them after a meeting involving the state governors and political leaders from northern states of Nigeria.