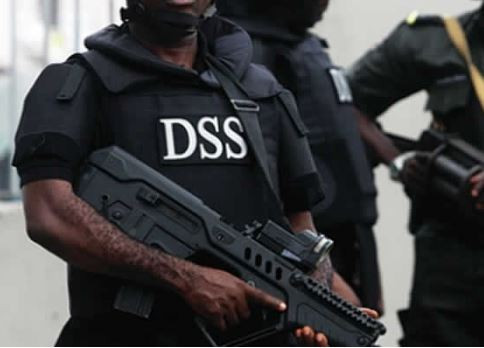 The Department of State Services (DSS) has warned aggrieved politicians to desist, forthwith, from plans to take laws into their hands or engage in acts capable of breaching the peace. It also warned that it would not condone any form of extra-judicial activities or methods designed or adopted by persons or groups to subvert constituted authorities.

“Instructively, defaulting persons will surely be brought to book.” DSS spokesman, Peter Afunanya, warned in a statement. The secret police condemned the recent activities of some unscrupulous elements in the name of Nigeria Continuity and Progress (NCP) which it said:

“Unpatriotically called for a revolution and forceful change of government in the country’’.  It said it is aware that the “group is working in tandem with a body of subversive agents and adversaries of the Nigerian state, with an aim to create an atmosphere of insecurity and use same to cause disaffection among the people.’’

Cute or disrespectful? Opinions divided as husband crashes wife’s live news report as she broadcasts from their backyard due to Coronavirus lockdown (video)