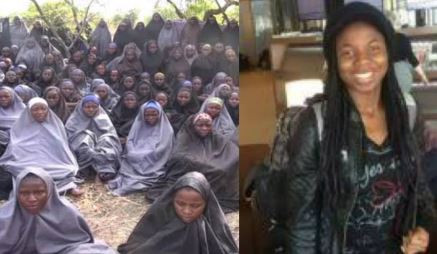 23 year-old Palmatah Mutah, one of the 276 schoolgirls abducted by Boko Haram insurgents at Government Secondary School, Chibok, Borno State in 2014, yesterday earned an associate degree from a community college in the United States of America (USA).

According to international human rights lawyer, Emmanuel Ogebe, who financed her studies in United States, Mutah graduated five years, one month and three days after the horrific mass abductions that sparked global outrage and ignited the #Bringbackourgirls campaign.

It would be recalled that Mutah who escaped on April 14, 2014 night by jumping out of a truck conveying the kidnapped girls from the school hostel becomes the first escapee Chibok girl in the world to obtain an associate degree from an institution abroad.

Mutah proved to be an exceptional candidate and after just one year in a two-year programme in the US meant to enable her complete her high secondary school education, she took a community college…