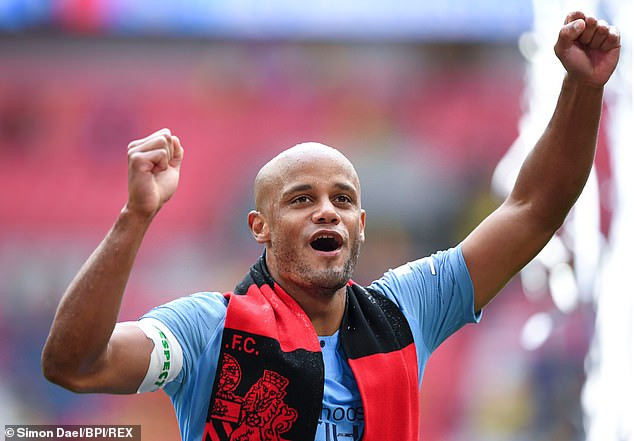 Premier League champions, Manchester City have confirmed Vincent Kompany is leaving after 11 years of service and 360 games at the club.

The announcement comes just a day after the centre-back and captain played in City’s 6-0 win against Watford in Saturday’s FA Cup final.

The 33-year-old who played 360 games for the club will now move  to boyhood club Anderlecht where he will become player-manager.

Kompany leaves a superb legacy and chairman Khaldoon Al Mubarak said: ‘There have been many important contributors to Manchester City’s renaissance, but arguably none are more important than Vincent Kompany.

‘He defines the essence of the club. For a decade he has been the lifeblood, the soul, and beating heart of a supremely talented squad.

‘A booming voice in the dressing room yet a quiet and measured ambassador off it, Vincent can be as proud of himself as we are of him.