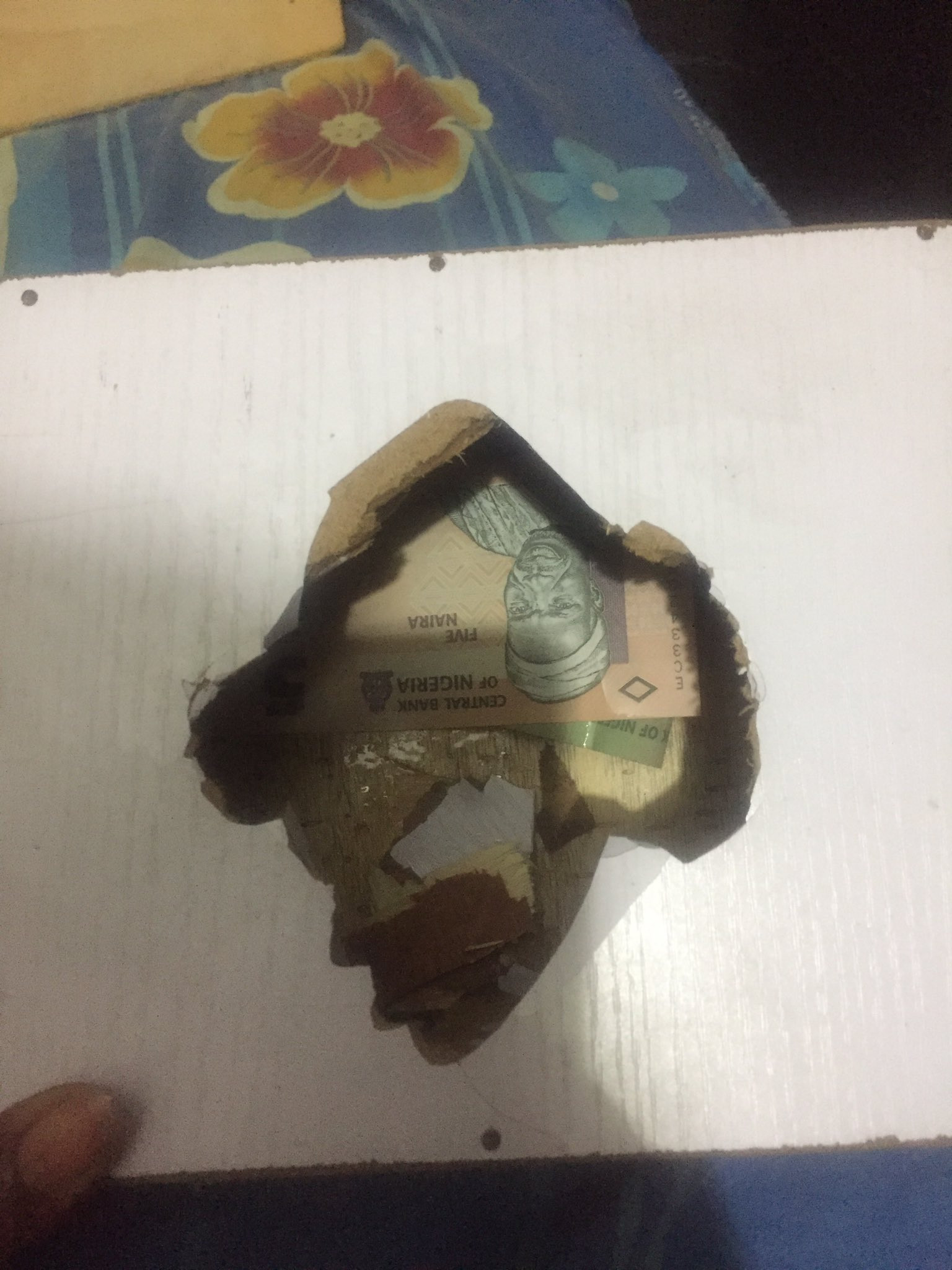 In a story that has become familiar, a lady was left in shock after she broke her wodden piggy bank locally known as ‘kolo’ to find a sum far lesser than what she believed she put in it.

To make matters even more interesting, she said she put in only N500 and N1000 notes but found lower denominations.

Replying to her tweet, a Twitter user said the people who build the piggy bank are responsible for whatever makes the money disappear.

#MamadorBreakfastSeries – AskDamz and NELLIES Dish out Some Healthy Breakfast Recipes You would Love to try at Home!