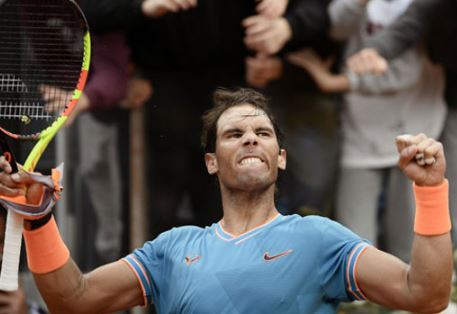 World number one Djokovic, who won at the Madrid Open last week, produced an incredible performance in his 54th meeting with second-ranked Nadal.

With the victory, Nadal now overtakes Djokovic at the top of the list for Masters wins. The pair were level at 33 each before Sunday’s final in a timely boost ahead of his assault on a 12th French Open crown in a week’s time.