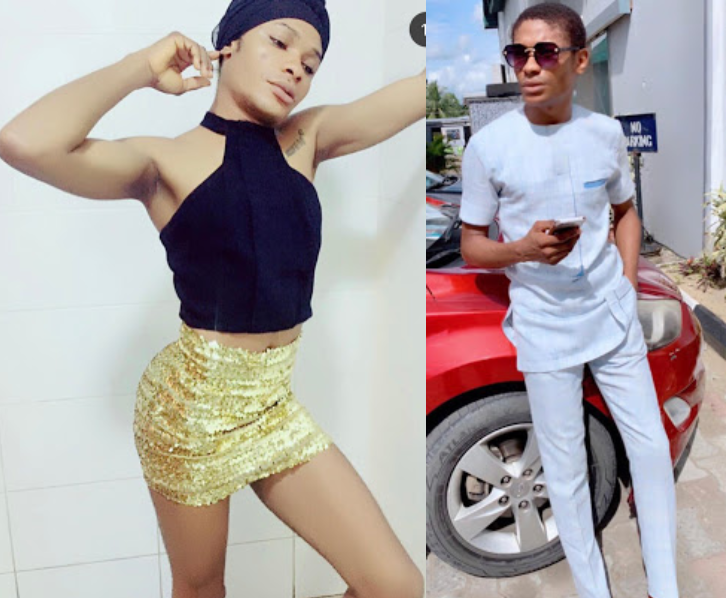 Popular Nigerian crossdresser, Jay Bugatti has earned the praise of Instagram users after he shared photos of himself dressed as a man, instead of a woman as he’s known to.

Jay, who said he plans to undergo gender reassignment surgery soon to become a woman, had on a native male attire in the photo. His hair was cut low, not braided in his usual fashion, and he had no makeup on.

His followers absolutely loved the photos and encouraged him to dress that way because he looks better dressed as a man than as a woman.