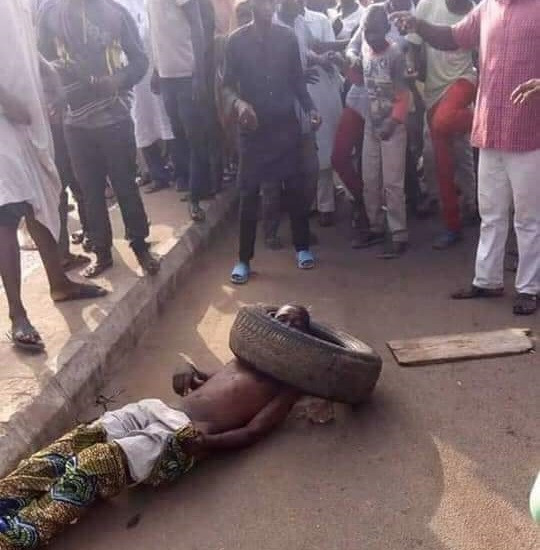 The  Kaduna State Police Command said the incident in which a man was lynched by a mob on Monday in Kawo area of the state, was not a kidnap situation but a case of one Alhaji Musa trying to escape justice.

According to reports, the said Alhaji Musa misled a mob in the area who lynched and set ablaze a driver alongside his vehicle in Kawo axis of the metropolis to escape being arrested by policemen from the Lagos state command over fraud.

Reacting to the incident in an audio clip sent to newsmen late Monday night, the Police Public Relations Officer (PPRO) in the state, DSP Yakubu Sabo said three others were rescued from the angry mob by joint efforts of policemen reinforced with army Personnel.

“One Alhaji Musa who was granted bail for a case of fraud in Lagos, while attempting to escape justice, raised false alarm, prompting the mob to lynch the visitors who came in from Lagos at about 8:30am on May 20, 2019,” said DSP Sabo.

“Some operatives from Lagos Command…