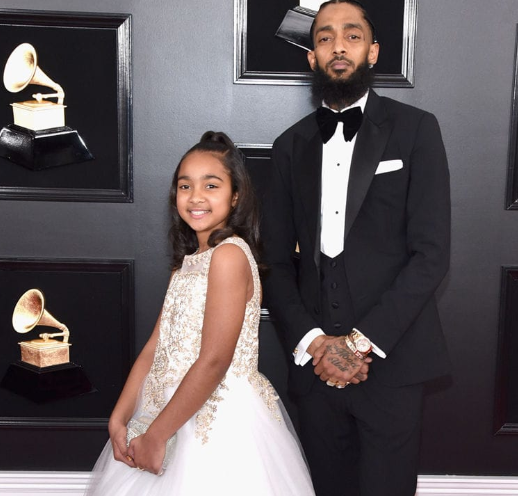 Since Nipsey’s death, there has been a battle for custody of his first child, a girl named Emani Asghedom, who he had with Tanisha Foster.

Nipsey Hussle’s sister, Samantha has been the one with 10-year-old Emani since Nipsey was killed in March but Tanisha has been in court since then fighting to regain custody of her daughter.

Tanisha and Nipsey’s family were in court on Monday to hash out the custody of Emani. Nipsey’s family believe Tanisha, who has been known to shade Nipsey’s fiancee Lauren London on social media, is an unfit mother for Emani.

Note that Tanisha has a warrant out for her arrest relating to an unsettled DUI case in 2017. She also has a lengthy rap sheet filled with arrests dating back to 2006 and 2007.

Monday’s hearing was sealed but another hearing date has been scheduled in July. In the meantime, the child remains with her aunt.

According to TMZ, Tanisha was angered by this and left the courtroom crying.

President Buhari’s Chief of Staff, Abba Kyari, confirms he tested positive for Coronavirus, to be moved from Abuja to Lagos