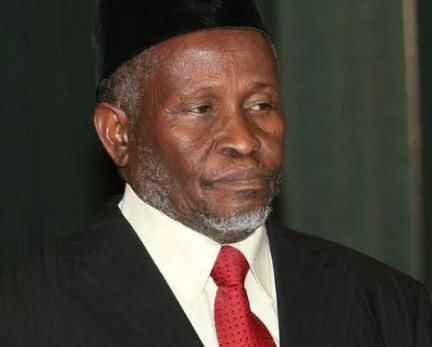 According to reports, in the originating summons with suit No. FCT/HC/BW/CV/79/2019, filed before the court in April, the petitioner alleged that the CJN deliberately falsified his date of birth.

Michael alleged that the acting CJN falsified his date of birth from December 31, 1950 as contained in all his official records, including that of WAEC, to December 31, 1953 upon his appointment as a judicial officer.

The petitioner in the originating summons is praying the court to determine whether such act by the acting CJN does not constitute a criminal act of perjury, falsification and forgery. Michael in the originating summons also prayed the court to determine whether by falsifying his date of birth upon being appointed to the Nigeria Bench as a judicial officer, he has…

Media personality Oreka Godis discloses the horrible things that allegedly go on in the broadcast industry, including rape, unpaid salaries, and more in shocking...