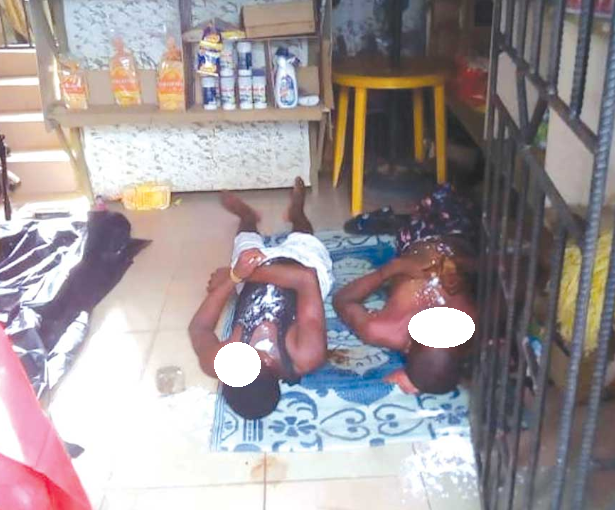 Two siblings have died after inhaling generator fumes while passing the night at their shop.

The brothers were known to sleep in their shop at Ojota, Lagos, and were usually among the first to open every day. However, they delayed in opening their shop yesterday and a concerned neighbour called their phones only to hear them ringing inside the closed shop.

At this point, the neighbour got worried and raised alarm, causing people to gather and forcefully break into the shop.

The brothers were seen lying lifeless with a white substance around their mouth and head.

At first, suicide was suspected but preliminary police investigations determined that they were choked with the carbon monoxide from a running generating set inside the shop, Guardian Nigeria reports.