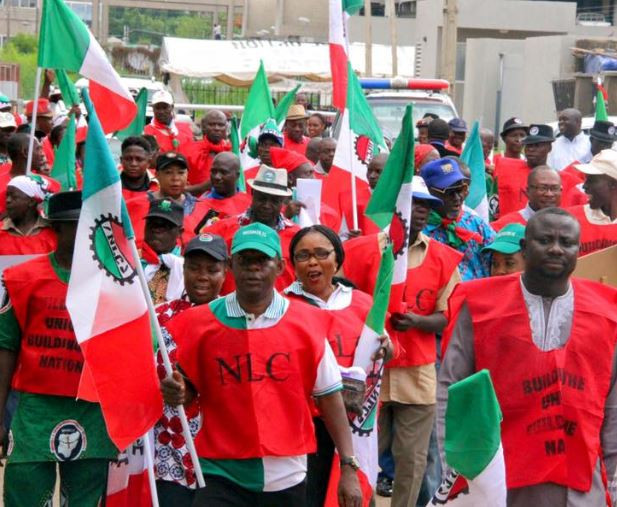 Workers in Oyo State under the umbrella of Nigeria Labour Congress (NLC) this morning, commenced an indefinite strike action.

The strike, according to the Chairman of the NLC in the state, Comrade Bayo Titlola-Sodo was declared in solidarity with primary school teachers who had been on strike since Monday. The industrial action is coming five days to the end of the second term of the outgoing governor in the state,  Abiola Ajimobi.

NLC had on Wednesday said it had given a 24-hour notice to commence strike and paralyse government activities, few days to the May 29 swearing-in of the new government of Engineer Seyi Makinde of the Peoples Democratic Party in the state.

The teachers had last week, issued a 72-hour ultimatum to Oyo state government to clear and settle backlogs of salaries owed its members. The union while lamenting over unpaid salaries of primary school teachers, gave the state government a 72-hour notice to go on indefinite strike if the…