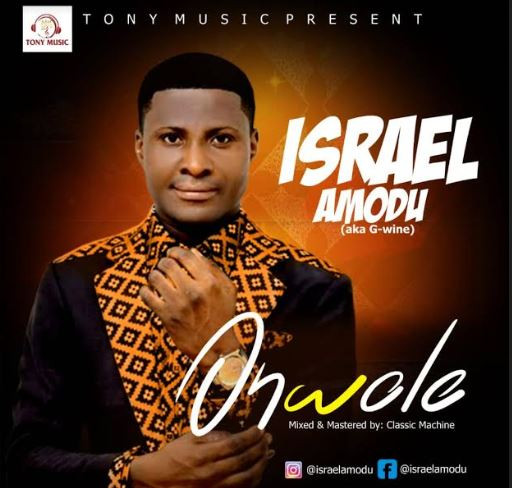 Nigerian musician Israel Amodu aka G-wine who hails From Benue State is out with a new smash hit single titled ‘Onwole’.

G-Wine has released a trending song titled ‘Chukwuebuka’ which is making waves all over the Continent.

This particular song Onwole is a combination of  South African style, Naija beat and  Benue state lyrics because Idoma language is so emotional when singing a song.

According to him, “I can sing with over 7 languages including french, Chinese, Spanish, Swahili etc…so in this particular song I expressed my heart to God because praising God is my life style”

G-wine has been doing music for over 15 years and currently signed to Tony Music. He’s also into clothing and customizes suit.

See the new video below and get the audio HERE