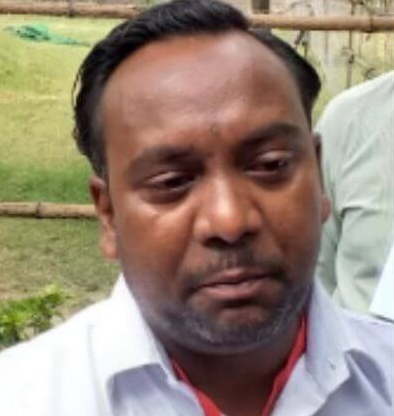 An Indian politician broke down in tears after he saw that he got only 5 votes following an election.

Neetu Shuttern Wala stood independently as he contested for the Jalandhar seat in Punjab. When the votes were counted, he claimed to have gotten only 5 votes and he broke down in tears, not because of his loss but because it appeared his family members didn’t vote for him.

Neetu had 9 family members eligible to vote so he was distraught when he saw only 5 votes, making him believe he didn’t even get his family’s vote.

In a trending video, Neetu is seen granting an interview but he was too emotional to go on and he broke down in tears while expressing his disappointment with his family.

“I have a family of nine people but I still got only fie votes,” he said crying.

But it appears Neetu got carried away by his emotions way too early because the final counting revealed that he got a total of 856 votes. According to the official website of the Election…